Whether you are planning to go to the nearby supermarket, or the other end of Singapore, there is a high chance that you will be using public transport to get to your destination. Our public transport is such a big feature in our everyday lives that it almost seems strange to remember a time when it was not! That’s why having an affordable public transport system was an important social issue for Singapore after independence.

As we continuously improve our transport systems, let’s take a look back at its history and see how far we have come.

Before the introduction of Singapore Bus Services (SBS) in 1971, as many as 11 bus operators were servicing different routes in Singapore. Even though the bus was the most common form of public transport back then, poor management and service quality resulted in an inefficient and substandard transport system. Think buses not even turning up at the bus-stop, and with no air-conditioning! Moreover, corruption and labour issues plagued the industry between the 1930s and 1970s – making it difficult to properly regulate it. Although SBS tried to unify the various bus operators under one management, these problems persisted.

It was not until 1974 when a Government Team of Officials (GTO) was set up to tackle the social issues that major improvements were seen. Based on the recommendations of GTO, buses underwent extensive repairments. The organisational structure and culture were completely revamped as well. Following this, proper bus routes were mapped out and amenities such as air-conditioning and double-decker buses were slowly introduced – vastly improving the transport experience. Today, public buses see over 4000 passengers per day!

Our rail system, Mass Rapid Transit (MRT) may be listed as a top 10 attraction on Tripadvisor, but its idea was almost scrapped in the late 1970s in favour of an all-bus system! The concept was first introduced in 1972 after a joint study was completed by the Singapore government and the United Nations Development Programme. In that study, it was noted that it would be physically impossible for land-scarce Singapore to build roads that supported the continued growth of private vehicles. Thus, a rail system was proposed as an alternative.

However, as the initial cost was in the billions, it was met with much resistance as many civil servants thought that the money could be better spent on public housing and education – which were very pressing social issues back then too. Consequently, it took another 10 years of countless debates before a consensus was reached in 1982. After years of construction, the first 6 kilometres of the North-South Line was opened in 1987. Now, our MRT consists of 6 interconnected lines and spans over 170 kilometres!

With the MRT and public buses spanning extensive networks all over Singapore, they have tremendously improved the way we work, live and play. So much so that many people even prefer taking public transport over private transport.

The Future of Public Transport 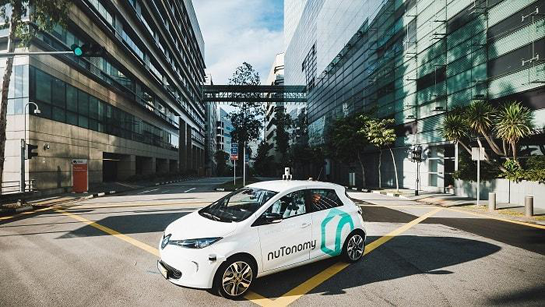 As the demand for travel increases, our public transport has to adapt quickly to meet it effectively. Particularly, the usage of mobile devices has led to better access to travel information through journey-planning applications. Ride-sharing services have seen huge popularity in recent years as well. Other initiatives include promoting walking and cycling as alternative forms of transport. With such diverse commuting options, locals and tourists alike can continue experiencing an accessible and affordable transport system.

To offer more efficient means of transport, driverless and Autonomous Vehicles (AVs) is another avenue that is being tested out in small areas such as Sentosa, Jurong Lake District and One-North. In fact, some of the trains running in the North-East and Downtown Lines are driverless! AVs are one of the few ways in which the benefits of private and public transport can be experienced together. Promising to improve service flexibility, be time-efficient and more environmentally friendly, AVs are another step towards achieving a ‘car-lite’ future.

As a small country, having a safe and efficient public transport system is one of the few ways to ensure a sustainable future for everyone. Not only is public transport more eco-friendly, but affordable transportation allows mobility for people from all walks of life. While we have made big strides in creating a world-class transport system, we will always have room for improvement.

Looking to do online surveys about social issues in Singapore? Become a part of our HappyDot.sg community and get a chance to share your opinions on a variety of topics!