Back to
Announcements
Public Viewing

Thriving In The Digital Age – Are Singaporeans Tech-Savvy?

When the Smart Nation initiative was launched in 2014, the main goal was to utilise digital technologies to enhance the lives of Singaporeans. Through the formation of three pillars: Digital Government, Digital Economy, and Digital Society, many programmes were launched to improve service delivery through digital solutions. From mobile applications that allow you to access business and government services at the touch of a button to having spaces that enable experimentation with new technologies, the initiative has transformed Singapore into a highly digitalised country. It is no surprise that Singaporeans are amongst the most technologically savvy people in the world.

However, this has also exposed a particular social issue in the form of low technological adoption rates in Singapore’s senior citizens and the low-income demographics. To thrive in the digital age, it is critical that they understand and learn how to use the myriad of digital platforms at their disposal. In this article, let’s look at some of the difficulties that senior citizens and low-income families face when using digital technologies and what can be done to assist them.

According to a 2019 Infocomm and Media Authority (IMDA) survey, only 58 percent of people over the age of 60 are Internet users. While it is a significant improvement compared to 10 years ago, the number is still far from the national proportion of 89 percent.

So, why do so many senior citizens seem reluctant to use the Internet? Internet usage might be habitual for the younger generation, but that is not the case for senior citizens. The Internet only became popular in the 1990s, which means most of them did not grow up with it and are therefore not accustomed to using it in their daily lives. Another reason for the low rate of technological adoption by the seniors is due to the language barrier. As most digital content is in English, it can be difficult for those with only a basic understanding of the language to navigate around the internet. 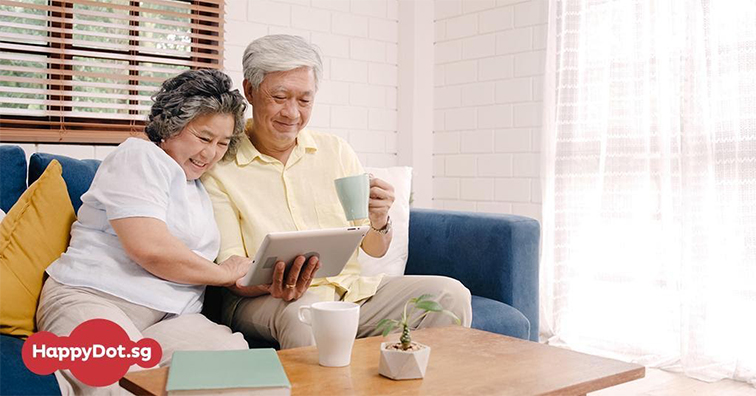 According to a 2018 Household Expenditure Survey, only 5 out of 10 low-income households have access to the Internet or a personal computer. In comparison, nearly 9 in 10 households in the other income brackets have both Internet access and personal computers. The main reason for the difference is that the cost of buying computers and paying for Internet access might be difficult to bear for low-income households. Therefore, when Singapore entered Circuit Breaker last year, these families did not have proper access to technology for work or school.

What Has Been Done To Help Them?

As creating a successful Smart Nation depends on the collective efforts of everyone, closing the digital divide for senior citizens and low-income households is a particularly important social issue in Singapore. Thankfully, many initiatives have been launched to tackle this issue.

The Seniors Go Digital programme was launched last year to provide senior citizens with the support and tools they need to improve their technological literacy. Initiatives in the programme include subsided mobile plans and providing online content in the various languages and dialects spoken by the senior citizens. Furthermore, digital community hubs were set up in community clubs and public libraries where seniors can visit to learn from digital ambassadors on how to access government e-services, how to use mobile payment options, and detecting online scams.

Low-income families could borrow mobile devices from schools so that students could properly participate in home-based learning. Alternatively, eligible households can also buy new computers under the NEU-PC Scheme or buy second-hand devices at a subsidised cost from community groups such as Engineering Good.

A Digital Age For Everyone

Given that over 80 percent of respondents in one of HappyDot.sg’s quick polls (as of 14th May 2021) believe that Artificial Intelligence (AI) will have a moderate to significant impact on our lifestyles in the future, it is vital that everyone is everyone is equipped with the appropriate digital skills and tools. As such, each of us can do our part by either patiently guiding the seniors in our family on how to use technology, or donate/contribute to digital initiatives for senior citizens and low-income families if we have the means to do so. That way, people from all walks of life will be able to reap the benefits of the digital age. 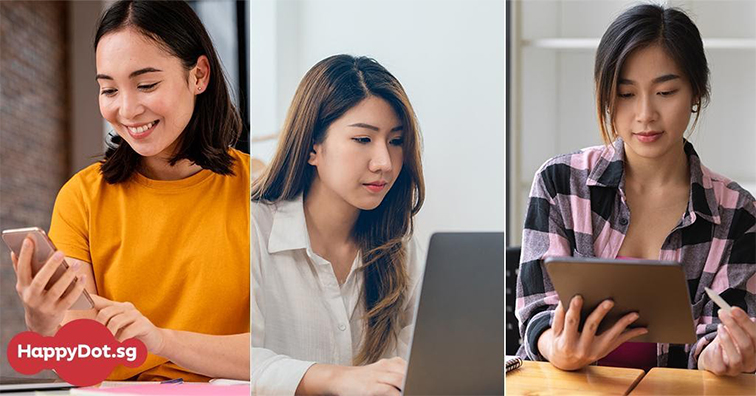 Whether you want to get your opinions heard or learn more about current issues in Singapore, HappyDot.sg is the community for you! Join us today to take part in our surveys and quick polls!